Please download and install version 3.2.1. Version 3.2.0 had a bug in the mask digitization code.

Process cross sections for semiconductor or MEMS fabrication can be difficult to draw by hand. The layout can have many overlapping layers that can stack up in a complicated way. We have different film thicknesses, taper angles, and etch biases. Photolithography generally introduces corning rounding which again is hard to visualize.

This software is for process or device engineers that do not want to spend a lot of time drawing process cross sections by hand.

It is used to make 3D process cross sections from a cell in a GDS layout file. The 3D layers are built with process steps listed in a custom process file.

The process file specifies the process steps in building the cross section. Layers can be deposited, coated with planarization, patterned with mask from a GDS layout, and released. Etch bias and effects due to litho resolutions can be simulated.

A simple GDS layout for a FinFET transistor created for example by KLayout could look as follows:

Even with only a few layers the resulting layer stack after fabrication is generally difficult to visualize due to the overlapping layers. If we run this through the process simulator program, the cross section comes out as follows:

The process file is a simple text file with all the processing commands. Parameters like the film thicknesses can be specified and for example the color that is used to display them. Also, parameters like pattern and etch bias or photo resolution can be entered. Layers can be shown with transparency.

PSim is currently only available for Windows 64 bit. Check the version of your installed Gdsviewer through the About menu. The latest version is 3.2.1 which fixed a bug in the code digitizing the mask which sometimes unfortunately could have led to the incorrect results with the patterning command.

How to run PSim 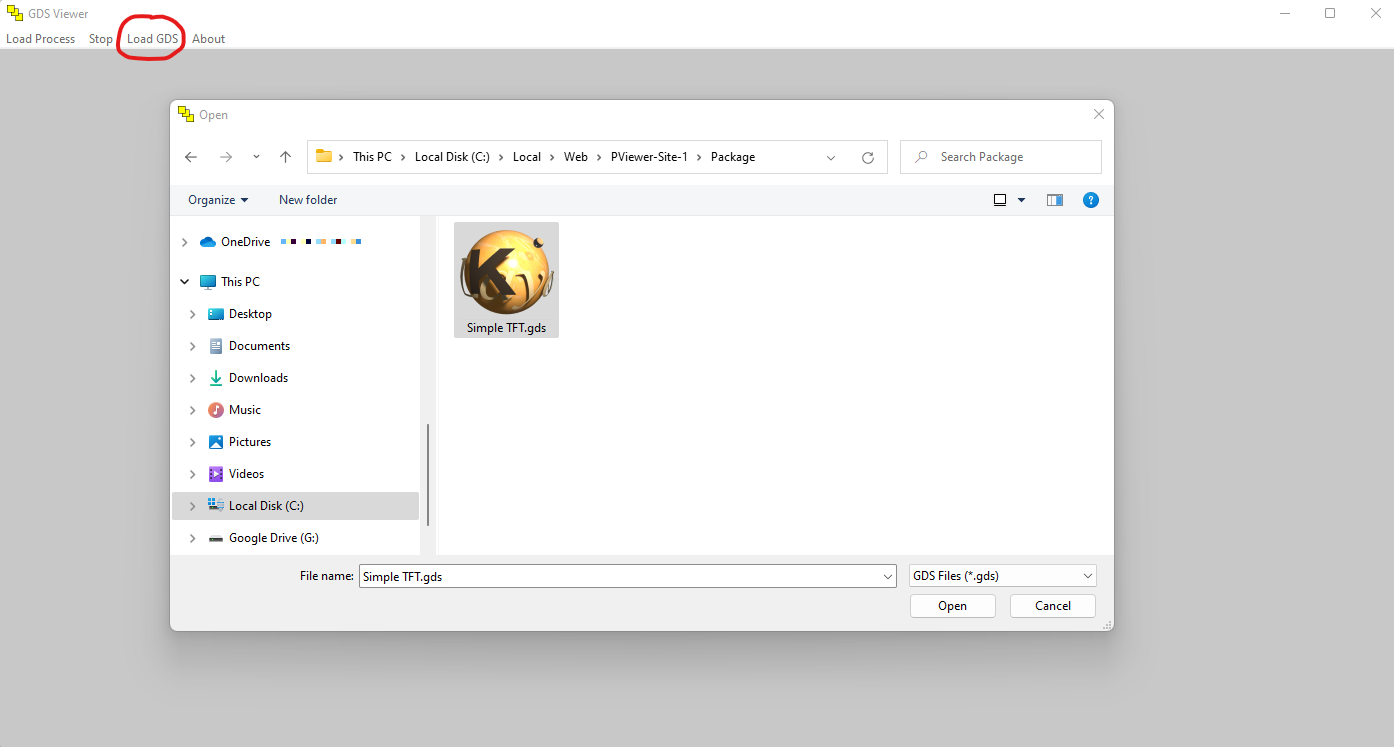 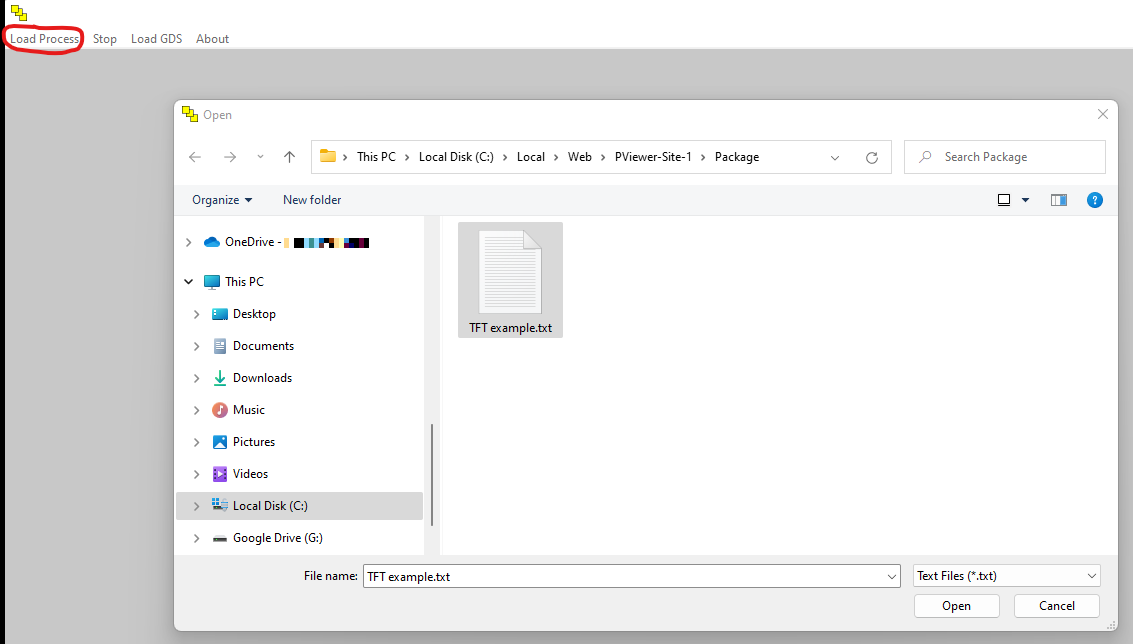 Be sure to double check that the location of the cross section in the cell is correct. If wrong, you will just see a stack of blanket films.

Commands in the process file

Empty lines and lines starting with a # are ignored and can be used for commenting out lines. Below are all the commands that can be used with available named arguments. Arguments can be provided following the command in arbitrary order unless indicated otherwise. Arguments between square brackets [] are optional.

The gds command to specify the gds cell:

The cut command specifies the target rectangle of the cross section:

The dep command to specify a deposition step:

The coa command to specify a coating step:

The pat command to specify a patterning (photo & etch) step:

The rel command to specify a material release:

The followings gives and example process commands with most of commands introduced in the previous section and obtains the example the cross section given above. The GDSII layout file that can be used with this is Layout Example You can copy and paste the commands into a text file and load it in the program